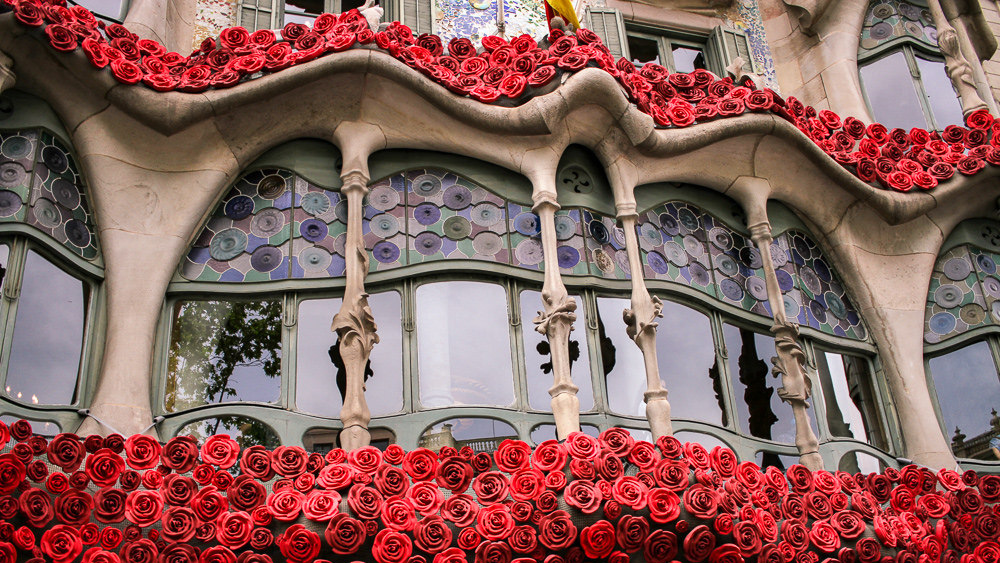 Posted at 10:00h in Scoop by Joshua Akbaş

The 23rd of April is Sant Jordi‘s Day in Barcelona and through all of Catalunya, the day that St. George, the patron saint of Catalonia died. However, throughout the years it has become a festive occasion celebrating Catalan culture all around. Love and culture are the main symbols, as well as coincidentally it is UNESCO’s World Book Day. Books and roses are exchanged and many of the city’s iconic building are decorated with the Catalan flag and with roses.

It is also said that there’s a legend behind this festivity; a legend of a dragon that was attacking the town of Montblanc. To keep the dragon in peace, they decided to draw lots to see which towns person would be fed to the beast. As fate would have it the king’s daughter drew the short straw and would’ve died if it hadn’t been for the appearance of San Jordi, who came and slaughtered the dragon. Then, a bush of red roses sprouted from its spilled blood. This is why this day is now celebrated with roses and is a demonstration of love, unity and literature.